3D
Scan The World
3,218 views 225 downloads
7 collections
Community Prints Add your picture
Be the first to share a picture of this printed object
0 comments

The brown bear (Ursus arctos) is a large bear with the widest distribution of any living ursid. The species is distributed across much of northern Eurasia and North America. It is one of the two largest terrestrial carnivorans alive today, rivaled in body size only by its close cousin, the polar bear (Ursus maritimus), which is much less variable in size and averages larger due to this. There are several recognized subspecies, many of which are quite well-known within their native ranges, found in the brown bear species.

While the brown bear's range has shrunk and it has faced local extinctions, it remains listed as a least concern species by the International Union for Conservation of Nature (IUCN) with a total population of approximately 200,000. As of 2012, this and the American black bear are the only bear species not classified as threatened by the IUCN. However, the Californian, North African (Atlas bear), and Mexican subspecies were hunted to extinction in the nineteenth and early twentieth centuries, and many of the southern Asian subspecies are highly endangered. One of the smaller-bodied subspecies, the Himalayan brown bear, is critically endangered, occupying only 2% of its former range and threatened by uncontrolled poaching for its parts. The Marsican brown bear, one of several currently isolated populations of the main Eurasian brown bear race, in central Italy is believed to have a population of just 30 to 40 bears. 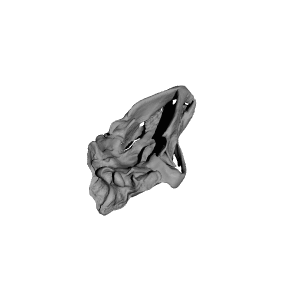