3D
7,303 views 262 downloads
1 collection
Community Prints Add your picture
Be the first to share a picture of this printed object
0 comments

Bluto (also known as Brutus) is a cartoon and comics character created in 1932 by Elzie Crisler Segar for animated cartoon series Popeye.

Bluto is a large, bearded, muscle-bound fellow who serves as Popeye's arch-nemesis and arch-rival for the love of Olive Oyl. He mostly uses his physical brawn to accomplish what he is trying to do, but does display some ability for tactical planning. 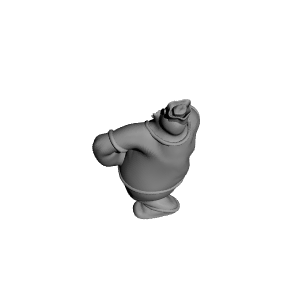