3D
1,119 views 22 downloads
Community Prints Add your picture
Be the first to share a picture of this printed object
0 comments

Once there was a monkster (a monkey and monster) named Bubbles. Bubbles was so ticklish and loved bubbles. One day Bubbles was at the park playing with bubbles, when he blew a BIG bubble. He wondered where the big bubbles go after they are blown, so he followed it. He went past the donut shop, across the road and into the theater. When he got in, the bubble popped. On the screen, there was an ad for a tournament of the monster games. There were buddy races, a talent show, and Aircraft races .  He quickly wrote the phone number down and at home, Bubbles entered into the buddy races. When the day came of the races he was excited, but nervous. Bubbles got to the spot where the tournament was being held and saw how many people were there. He was scared to death! But he fought through his fear and went on to race. It appeared that he was good at racing because Bubbles won the race! He was the fastest one out there! He had great time racing against the other racers! The End

This object was made in Tinkercad. https://www.tinkercad.com/things/0qafrsQIawq 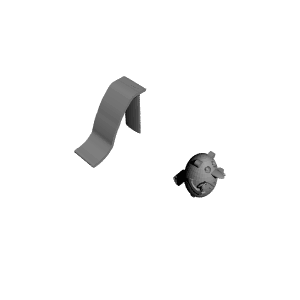 ×
0 collections where you can find Bubbles the Monkster by Gnomeman