3D
Scan The World
1,324 views 58 downloads
Community Prints Add your picture
Be the first to share a picture of this printed object
0 comments

Gautama Buddha, also known as Siddhārtha Gautama or simply the Buddha, after the title of Buddha, was an ascetic  and sage, on whose teachings Buddhism was founded. He is believed to have lived and taught mostly in the eastern part of ancient India sometime between the sixth and fourth centuries BCE.

Buddhism entered Cambodia through two different streams. The earliest forms of Buddhism, along with Hindu influences, entered the Funan kingdom with Hindu merchants. In later history, a second stream of Buddhism entered Khmer culture during the Angkor empire when Cambodia absorbed the various Buddhist traditions of the Mon kingdoms of Dvaravati and Haripunchai. 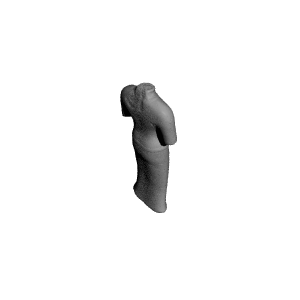 ×
0 collections where you can find Buddha by Scan The World