Buddha protected by the serpent Muchalinda

3D
Scan The World
2,728 views 151 downloads
Community Prints Add your picture
Be the first to share a picture of this printed object
0 comments

Buddha protected by the serpent Muchalinda

Mucalinda, Muchalinda or Mucilinda is the name of a nāga, a snake-like being, who protected the Gautama Buddha from the elements after his enlightenment.

It is said that four weeks after Gautama Buddha began meditating under the Bodhi Tree, the heavens darkened for seven days, and a prodigious rain descended. However, the mighty King of Serpents, Mucalinda, came from beneath the earth and protected with his hood the one who is the source of all protection. When the great storm had cleared, the serpent king assumed his human form, bowed before the Buddha, and returned in joy to his palace. 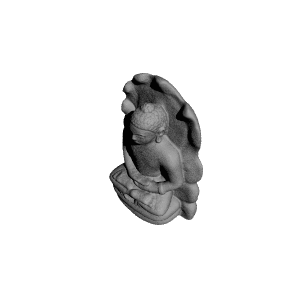