3D
5,888 views 340 downloads
Community Prints Add your picture
Be the first to share a picture of this printed object
0 comments

The Buffalo Bills are a professional American football team based in Orchard Park, New York. An original franchise of the American Football League, they are members of the East Division of the American Football Conference (AFC) in the National Football League (NFL). The Bills are the only team to win four consecutive conference championships, and are the only NFL team to play in four consecutive Super Bowl games, all of which they lost. The team was owned by Ralph Wilson from the team's founding in 1960, until his death in 2014 at the age of 95. After his death, Wilson's estate reached an agreement to sell the team to Terry and Kim Pegula, which was approved by the other NFL team owners on October 8, 2014. The team has featured many of the league's most prominent and popular players, including QB Jack Kemp, FB Cookie Gilchrist, G Bob Kalsu, RB O.J. Simpson, DE Bruce Smith, QB Jim Kelly, RB Thurman Thomas, and WR Andre Reed. 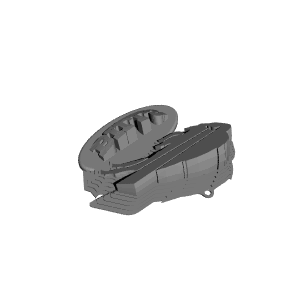