Etruscan art was both greatly influenced by Greek culture and greatly influenced Roman art. A lot of their funerary monuments – tombs, sarcophaguses... – have passed through time and have set rules that the Roman followed for centuries. For instance, the decorations of tombs, such as this one, are typical of Etruscan funerary art. 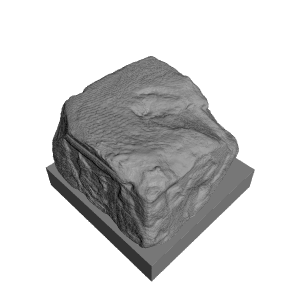