Bust of a USSR Soldier

3D
Scan The World
2,602 views 143 downloads
2 collections
Community Prints Add your picture
Be the first to share a picture of this printed object
1 comments

Bust of a USSR Soldier

The Soviet Union officially the Union of Soviet Socialist Republics, was a socialist state in Eurasia that existed from 1922 to 1991. A union of multiple subnational republics, its government and economy were highly centralized. The Soviet Union was a one-party federation, governed by the Communist Party with Moscow as its capital.

The Soviet Union had its roots in the October Revolution of 1917, when the Bolsheviks, led by Vladimir Lenin, overthrew the Russian Provisional Government that had replaced Tsar Nicholas II. This established the Russian Socialist Federative Soviet Republic (Russian SFSR) and started the Russian Civil War between the revolutionary "Reds" and the counter-revolutionary "Whites." The Red Army entered several territories of the former Russian Empire and helped local communists take power through workers' councils called "soviets", which nominally acted on behalf of workers and peasants. In 1922, the communists were victorious, forming the Soviet Union with the unification of the Russian, Transcaucasian, Ukrainian, and Byelorussian republics. Following Lenin's death in 1924, a collective leadership (troika) and a brief power struggle, Joseph Stalin came to power in the mid-1920s. Stalin suppressed all political opposition to his rule, committed the state ideology to Marxism–Leninism (which he created), and initiated a centrally planned command economy. As a result, the country underwent a period of rapid industrialization and collectivization which laid the foundation for its victory in World War II and postwar dominance of Eastern Europe. Stalin also fomented political paranoia, and conducted the Great Purge to remove opponents of his from the Communist Party through the mass arbitrary arrest of many people (military leaders, Communist Party members, and ordinary citizens alike) who were then sent to correctional labor camps (gulags) or sentenced to death. 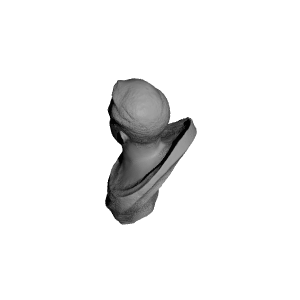