3D
Scan The World
1,498 views 59 downloads
Community Prints Add your picture
Be the first to share a picture of this printed object
0 comments

Szalay was born in Buda. After the completion of his studies, he became a member of the Hungarian diet, and in 1848 he represented Hungary in the German national parliament at Frankfurt. He took part in the revolution of 1848–49, and was obliged to seek refuge in Switzerland, where he wrote his history of Hungary. This important work, published at Budapest (1856–1860), extends to 1707. Szalay also wrote remarkable studies on Pitt, Fox, Mirabeau and other statesmen, and contributed very considerably to the codification of Magyar law. In later life he returned to Hungary, but he died at Salzburg on July 17, 1864. 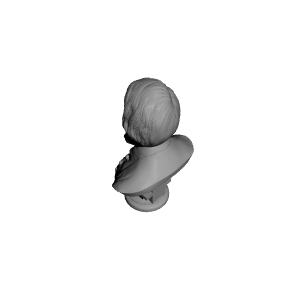