Bust of a Roman Lady at The State Hermitage Museum, St Petersburg

3D
Scan The World
1,875 views 100 downloads
Community Prints Add your picture
Be the first to share a picture of this printed object
0 comments

Bust of a Roman Lady at The State Hermitage Museum, St Petersburg

Under the Emperor Trajan (97-117 AD) the heroic ideals of the Republic were reborn and found reflection in the strict and simple form of portraits of the emperor himself, of the members of his family, and of the Roman nobility who imitated them. This portrait of a middle-aged Roman woman depicts someone who is clearly of aristocratic birth, since her head is crowned with a diadem in the form of a sickle moon, attribute of the goddess Juno. The diadem rises above a complex hairstyle, fashionable in the last quarter of the 1st and early 2nd centuries. The expression on the face of this Roman matron is closed and strict, the whole image is restrained, even the luxuriant hair is treated in a somewhat flat and generalised manner. Here in the facial features we see a reflection of the republican ideals of strict morals and simplicity in life, of which Trajan and his family were the leading proponents - and practitioners. Trajan's friend, the writer Pliny the Younger, characterised the emperor's wife Plotina as "thrifty in their private life, modest in her surrounding suite, simple in address." Trajan's sister Marciana and his niece Matidia were also noted for such qualities. The appearance of virtuous women from the emperor's family was repeated in the portraits of noble Roman women. 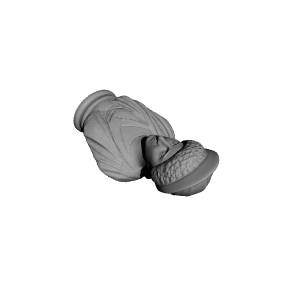 ×
0 collections where you can find Bust of a Roman Lady at The State Hermitage Museum, St Petersburg by Scan The World