Bust of a woman

3D
Featured Scan The World
3,645 views 575 downloads
4 collections
Community Prints Add your picture
Be the first to share a picture of this printed object
0 comments

Bust of a woman

The identification of the subject of this bust is unclear though with the top-knotted hair, iconic of Hellenistic sculpture, and striking facial features it is suggestive of a Goddess. The bust could depict Venus, as the craning of the head echoes the shape of the Aphrodite of Knidos or even The Crouching Venus, though this female turns her head to the right.

The original sculpture from what this cast was made originates from The Staatliche Antikensammlungen und Glyptothek (ORIG1507) though no record of this has been found yet. The work was also apparently mentioned in Furtwängler 1900, No. 234, though this covers carved gemstones. 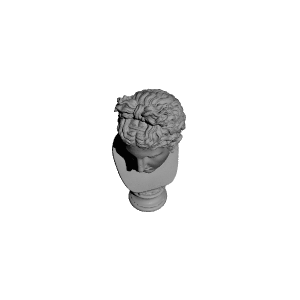