3D
Scan The World
4,252 views 167 downloads
1 collection
Community Prints Add your picture
Be the first to share a picture of this printed object
0 comments

Arminius (German: Hermann; 18/17 BC – AD 21) was a chieftain of the Germanic Cherusci and a former officer in the Roman military who defeated a Roman army in the Battle of the Teutoburg Forest in AD 9 after betraying the Roman general, of whom he was an auxiliary officer. Arminius's influence held an allied coalition of Germanic tribes together in opposition to the Romans, but after defeats by the Roman general Germanicus, nephew of the Emperor Tiberius, his influence waned, and Arminius was assassinated on the orders of rival Germanic chiefs. 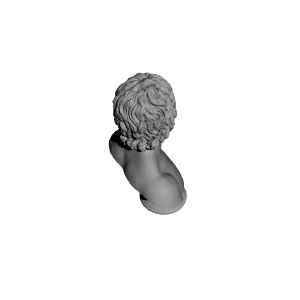