Bust of Admiral F. A. Golovin

3D
360°
Scan The World
1,398 views 67 downloads
Community Prints Add your picture
Be the first to share a picture of this printed object
0 comments

Bust of Admiral F. A. Golovin

Count Feodor Alekseyevich Golovin (1650–1706) was the last Russian boyar and the first Chancellor of the Russian Empire, field marshal, general admiral (1700). Until his death he was the most influential of Peter the Great's associates.

This bronze bust portrait of him was revealed on July 6, 2007 in the square of the Order of St. Andrew’s Cathedral on Vasilyevsky Island of St. Petersburg. 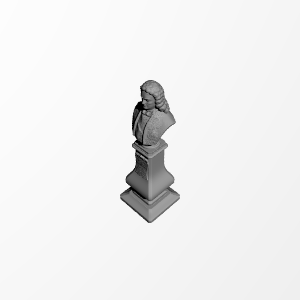 ×
0 collections where you can find Bust of Admiral F. A. Golovin by Scan The World