3D
Scan The World
2,365 views 167 downloads
1 collection
Community Prints Add your picture
Be the first to share a picture of this printed object
0 comments

Antinous was a Greek youth, and a close friend (or a lover) of the Roman Emperor Hadrian. After Antinous's death, the Emperor distributed the handsome young man's portraits around the whole empire, and his curly hairstyle became formative for the style of the youth portraits of the sucessors to the throne, from Marcus Aurelius to Caracalla. This modern bust was worked by Cavaceppi in Rome. 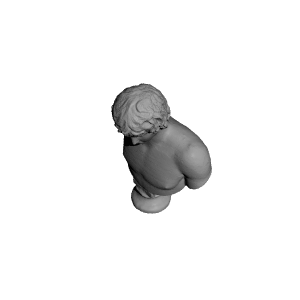