3D
Scan The World
2,039 views 81 downloads
Community Prints Add your picture
Be the first to share a picture of this printed object
0 comments

Auguste Perret (12 February 1874 – 25 February 1954) was a French architect and entrepreneur who worked in collaboration with his two younger brothers, Claude and Gustave Perret. He was one of the pioneers of the architectural use of reinforced concrete, and built the first residential buildings with that material. His major works include the Théatre des Champs-Élysées, the first Art Deco building in Paris; the Church of Notre-Dame du Raincy (1922–23); the Mobilier Nationale in Paris (1937); and the French Economic, Social and Environmental Council building in Paris (1937–39). After World War II he designed a group of buildings in the centre of the port city of Le Havre, which had been almost entirely destroyed during the war. In 2005, his post-World War II reconstruction of that city was declared by UNESCO a World Heritage Site.

Emile-Antoine Bourdelle, the artist, was close to Auguste Perret and they collaborated together for the Théâtre des Champs Elysées (1912-1913). The architect, who had been one of the initiators of modernism along with his brothers Gustave and Claude, went to Italy with Bourdelle in 1922. This is when Bourdelle made that bust of Perret. 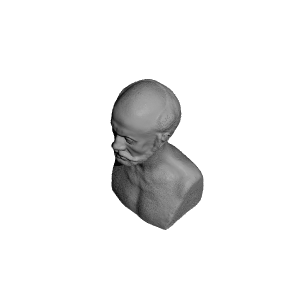