Bust of Caracalla as a child

3D
Scan The World
1,372 views 57 downloads
Community Prints Add your picture
Be the first to share a picture of this printed object
0 comments

Bust of Caracalla as a child

Caracalla was one of the bold and brutal Roman emperors who ruled in the early 200s A.D. He murdered his brother in his ascent to power and later was himself assassinated. In this marble bust, he is depicted as a child and wears a soldier's cuirass and toga. Turning his head to the right. His facial expression is neutral with slight of innocence depicted from his eyes. 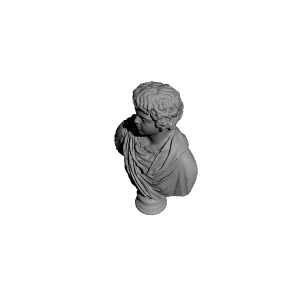