3D
Scan The World
1,570 views 80 downloads
Community Prints Add your picture
Be the first to share a picture of this printed object
0 comments

Fox (1749-1806) was one of the most magnetic politicians of the 18th century: a Whig whose attempts to bridge the widening gap between the old aristocratic wing of the party and its new Radicals ended in failure. He sat to Nollekens for bust portraits twice in his life and many copies of each were made. Ownership of the bust was often a token of Whig political sympathies- as in Shee's portrait of William Roscoe hanging over the Walker's staircase.

Nollekens, after a period spent in Rome as a young man, which grounded him in the idiom of classical antiquity, specialised in portrait busts. On his return to England he was particularly associated with Whig patrons. Later in his life he was notorious as one of the greatest misers of his day. 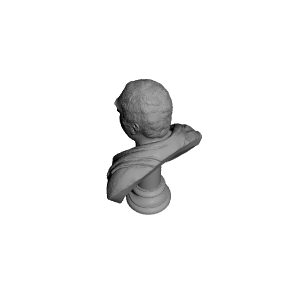