3D
Scan The World
2,186 views 156 downloads
Community Prints Add your picture
Be the first to share a picture of this printed object
0 comments

The bust portrays a young emperor Commodus (AD 180-192) with a barbula (little beard), thick curly hair and bulging eyes, giving him his characteristic gaze. The sculptural type, of which there are numerous replicas including the example displayed here, was created at the beginning of Commodus's rule. This is dated after AD 180. 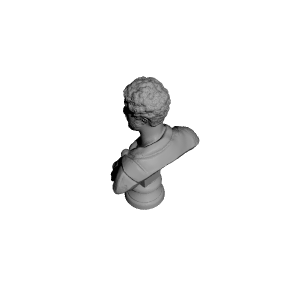