3D
Scan The World
1,602 views 38 downloads
Community Prints Add your picture
Be the first to share a picture of this printed object
0 comments

Fernanda Thomesen was born in Sannidal, as the daughter of ship owner and consul Thomes Thomesen and Bertha Marthine Olea Debes. She was a niece of Ole Thomesen. She was married to the newspaper editor and politician Lars Holst from 1882 to 1895, and to physician Oscar Egede Nissen from 1895 to 1911. Through her sister Sophie, she was the sister-in-law of painter and illustrator Erik Werenskiold, and an aunt of Werner and Dagfin Werenskiold.

Nissen worked several years as a teacher, and later a journalist. She was the journalist for Dagbladet in the 1880s, and literary critic and theatre critic for the newspaper Social-Demokraten from 1892 to 1918. She was chairwoman for Fyrstikkarbeidernes fagforening from its establishment in 1889. She edited the magazine Kvinden from 1909. She was employed as a public film censor from 1913, as one of the two first film censors in Norway. She belonged to a network of female writers and critics, including Nini Roll Anker, Hulda Garborg and Sigrid Undset. In the 1880s she was politically active for the Liberal Party. She represented the Labour Party in Kristiania city council from 1910. As an Oslo politician, she chaired the Park committee, and she worked for improving conditions for poor people, especially women and children. She was also preoccupied with education, and the Oslo domestic school was established on her initiative.

This object was scanned by John Greenstone, Norway 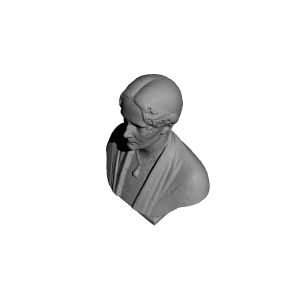