3D
360°
Featured Scan The World
1,756 views 99 downloads
Community Prints Add your picture
Be the first to share a picture of this printed object
0 comments

Francesco Sassetti was the director general of the Medici bank in Florence from 1459 to 1490. When the cast was purchased in 1890, the original was thought to be by Benedetto da Maiano (1442-1497), and has since been ascribed to Antonio Rossellino but there is no firm basis for either attribution. This type of portrait, depicting the sitter in classicizing costume based on Roman portrait busts, became popular in Florence during the 15th century. The plaster cast was supplied by Oronzio Lelli, one of the most important plaster cast manufacturers in Florence in the last 19th century.

Cast by Oronzio Lelli, about 1890, Florence. 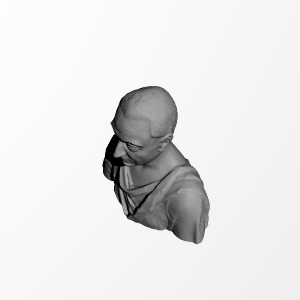