3D
Scan The World
1,784 views 79 downloads
Community Prints Add your picture
Be the first to share a picture of this printed object
0 comments

Liszt gained renown in Europe during the early nineteenth century for his prodigious virtuosic skill as a pianist. He was a friend, musical promoter and benefactor to many composers of his time, including Frédéric Chopin, Richard Wagner, Hector Berlioz, Robert Schumann, Camille Saint-Saëns, Edvard Grieg, Ole Bull, Joachim Raff, Mikhail Glinka, and Alexander Borodin.

As a composer, Liszt was one of the most prominent representatives of the New German School (Neudeutsche Schule). He left behind an extensive and diverse body of work in which he influenced his forward-looking contemporaries and anticipated many 20th-century ideas and trends. Some of his most notable musical contributions were the invention of the symphonic poem, developing the concept of thematic transformation as part of his experiments in musical form, and making radical departures in harmony. 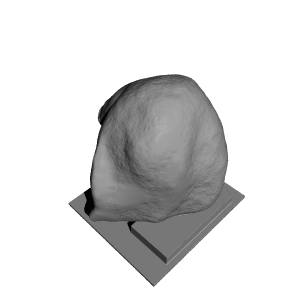