3D
Scan The World
1,689 views 85 downloads
1 collection
Community Prints Add your picture
Be the first to share a picture of this printed object
0 comments

Giovanni Gradenigo (died August 8, 1356) was the fifty-sixth Doge of Venice, appointed on April 21, 1355. During his reign, Venice signed a peace with Genoa.

Gradenigo was born in Venice. He was married to first Adriana Borromeo and then to Marina Capello. Before his election, he had been podestà in Capodistria, Padua, and Treviso. His recognized loyalty to the Venetian Republic probably helped him in being elected, as he came after the conjure which had led to the execution of his predecessor, Marin Falier.

Two months after his election, the Venetians signed a peace with Genoa, ending a long and unfavorable war. During his reign measures were taken to improve the Republic's economic situation, but in 1356 they were again in war both on the mainland and in Dalmatia (which would end in the unfavorable Treaty of Zadar under his successor, Giovanni Dolfin).
He died in August 1356. 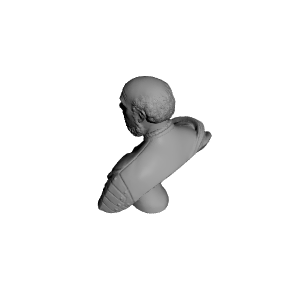