3D
Scan The World
2,925 views 320 downloads
2 collections
Community Prints Add your picture
Be the first to share a picture of this printed object
0 comments

This is a bust-portrait sculpture of Hadrian, Roman emperor from 117 to 138, wearing cuirass.
He was born Publius Aelius Hadrianus, probably at Italica, near Santiponce(in modern-day Spain), into a Hispano-Roman family. His father was of senatorial rank and was a first cousin of the emperor Trajan. Early in Hadrian's career, before Trajan became emperor, he married Trajan's grand-niece Vibia Sabina, possibly at the behest of Trajan's wife, Pompeia Plotina. Plotina and Trajan's close friend and adviser Licinius Sura were well disposed towards Hadrian. When Trajan died, his widow claimed that immediately before his death, he had nominated Hadrian as emperor.

Rome's military and Senate approved Hadrian's succession, but soon after, four leading senators who had opposed Hadrian, or seemed to threaten his succession, were unlawfully put to death; the senate held Hadrian responsible for this, and never forgave him. He earned further disapproval among the elite by abandoning Trajan's expansionist policies and recent territorial gains in Mesopotamia, Assyriaand Armenia, and parts of Dacia. Hadrian preferred to invest in the development of stable, defensible borders, and the unification, under his overall leadership, of the empire's disparate peoples. He is known for building Hadrian's Wall, which marked the northern limit of Britannia.

Hadrian energetically pursued his own Imperial ideals and personal interests. He visited almost every province of the Empire, accompanied by a probably vast Imperial retinue of specialists and administrators. He encouraged military preparedness and discipline, and fostered, designed or personally subsidised various civil and religious institutions and building projects. In Rome itself, he rebuilt or completed the Pantheon, and constructed the vast Temple of Venus and Roma. In Egypt, he may have rebuilt the Serapeum of Alexandria. An ardent admirer of Greece, he sought to make Athensthe cultural capital of the Empire and ordered the construction of many opulent temples there. His intense relationship with the Greek youth Antinous and the latter's untimely death led to Hadrian's establishment of an enduring and widespread popular cult. Late in his reign, he suppressed the Bar Kokhba revolt in Judaea; with this major exception, Hadrian's reign was generally peaceful. 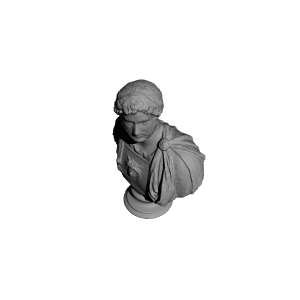