3D
Featured Scan The World
2,685 views 190 downloads
Community Prints Add your picture
Be the first to share a picture of this printed object
0 comments

In 1606 Henri IV ordered that his bust be placed in a gallery of the town hall. Similarly in 1604 a marble polychrome statue was designed for the Pont-Neuf, while yet another was placed, in 1607, in the courtyard of the town hall where it still stands today.

By erecting this wreathed and armoured portrait, the sovereign imposed the image of his triumphant authority on a city against which he had battled so greatly. 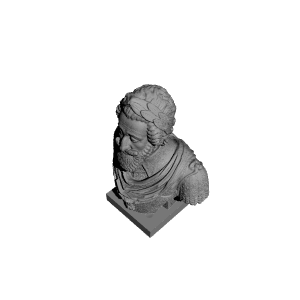