3D
Scan The World
1,592 views 65 downloads
Community Prints Add your picture
Be the first to share a picture of this printed object
0 comments

Born in Haiti, Jean-Baptiste Pointe DuSable (ca. 1745 – 1818) is credited as the first citizen of Chicago. His father was a French sea captain and his mother a slave of African descent. DuSable settled by the Chicago River, developing a prosperous trading post around 1779. That little settlement became the great city of Chicago. Today, the site of DuSable's trading post is marked with this bust. 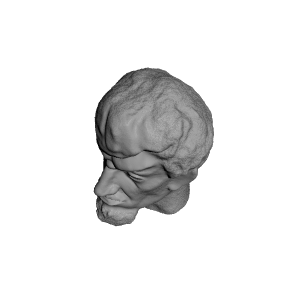