3D
Scan The World
1,387 views 76 downloads
Community Prints Add your picture
Be the first to share a picture of this printed object
0 comments

Johann Winckelmann was a German archaeologist and art historian whose writings directed popular taste toward classical art, particularly that of ancient Greece, and influenced not only Western painting and sculpture but also literature and even philosophy. Displayed at the Museum für Abgüsse Klassischer Bildwerke in Munich. It is a museum of classical paintings and sculpture. It shows sculptures of Greek and Roman antiquity from the 7th century BC to the 5th century AD. 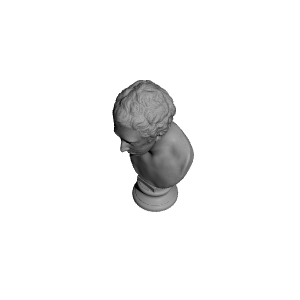