3D
Scan The World
3,269 views 192 downloads
Community Prints Add your picture
Be the first to share a picture of this printed object
0 comments

Johannes Gensfleisch zur Laden zum Gutenberg (c. 1398 – February 3, 1468) was a German blacksmith, goldsmith, printer, and publisher who introduced printing to Europe. His introduction of mechanical movable type printing to Europe started the Printing Revolution and is widely regarded as the most important invention of the second millennium, the seminal event which ushered in the modern period of human history. It played a key role in the development of the Renaissance, Reformation, the Age of Enlightenment, and the scientific revolution and laid the material basis for the modern knowledge-based economy and the spread of learning to the masses. 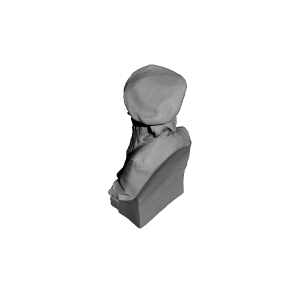 ×
0 collections where you can find Bust of Johannes Gutenberg at Albertina, Vienna by Threedscans