Bust of John Anderson at The London Docklands, England

3D
Scan The World
2,375 views 82 downloads
Community Prints Add your picture
Be the first to share a picture of this printed object
0 comments

Bust of John Anderson at The London Docklands, England

Shortly after the First World War, John Anderson was commissioned to report on future air-raid precautions. In 1938, he became leader of the Government's Evacuation Committee. At the outbreak of the Second World War, he was appointed to the War Cabinet as Minister of Civil Defence. A champion of 'shelters for all', he will forever be associated with the 'Anderson Shelter'. An independent member of Churchill's cabinet, he held office as Home Secretary and, later, of Chancellor of the Exchequer. Anderson became Chairman of the Port of London Authority in 1946. He was introduced into the House of Lords on January 30th, 1952.

** This scan requires further remodelling for quality assurance. Please get in touch if interested! ** 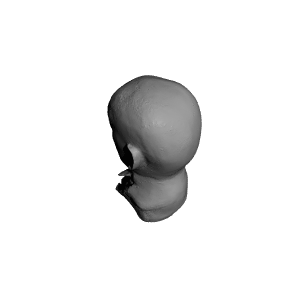 ×
0 collections where you can find Bust of John Anderson at The London Docklands, England by Scan The World