3D
360°
Featured Scan The World
2,312 views 170 downloads
2 collections
Community Prints Add your picture
Be the first to share a picture of this printed object
0 comments

The bust is very close to a replica from Otricoli in the Vatican, though its authenticity as the same sitted is doubted, due to the very uniform weathering, the low cut of the back and the fact that the inside of her back is carefully smoothed down in contrast to other busts of the period. 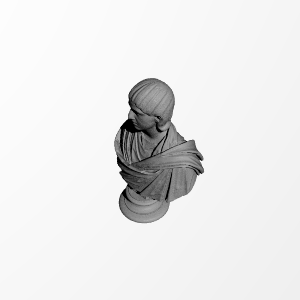