3D
Scan The World
3,395 views 322 downloads
2 collections
Community Prints Add your picture
Be the first to share a picture of this printed object
0 comments

Julius Caesar, in full Gaius Julius Caesar, (born July 12/13, 100? BCE, Rome [Italy]—died March 15, 44 BCE, Rome), was a celebrated Roman general and statesman, the conqueror of Gaul (58–50 BCE), victor in the civil war of 49–45 BCE, and dictator (46–44 BCE), who was launching a series of political and social reforms when he was assassinated by a group of nobles in the Senate House on the Ides of March. 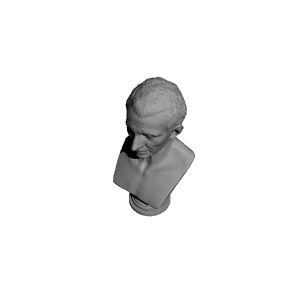