Bust of Lenin at the Islington Museum, London

Bust of Lenin at the Islington Museum, London

This bust, created in 1937, was the centrepiece of a monument erected in 1942 by Finsbury Council and designed by Russian architect Berthold Lubetkin. The bust itself came from the Soviet Embassy. The monument stood in Holford Square, looking towards number 30, where Lenin had lived in 1902-3.

When Russia became Britain's ally in World War Two, Finsbury Council, a socialist borough, planned the monument as a symbol of friendship.

Some thought that communism should not be celebrated and the bust was vandalised. When it was moved to Islington Town Hall, red paint was thrown over it twice. It became one of the symbols of what the press call a 'Looney Left' council in the 1980s. 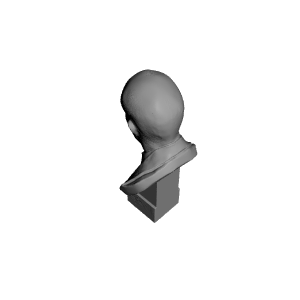 ×
10 collections where you can find Bust of Lenin at the Islington Museum, London by Scan The World
×
Maestro Craft
@Maestro Craft
1
Printed on: Creality Ender 3
Material: PLA
Posted at: 17th October 2021