3D
Scan The World
4,283 views 165 downloads
1 collection
Community Prints Add your picture
Be the first to share a picture of this printed object
0 comments

Juliette Récamier (1777-1849) held a salon which attracted the literary and political élite of Paris during the Napoleonic era. Portraits by Jacques-Louis David (1748-1825) and other artists also established her as a well-known beauty. Here she is dressed in a fashionable antique-style gown with a Grecian hairstyle. Chinard plays with the conventions of the antique bust format, allowing her drapery to fall over the pedestal in a natural manner.

The bust was originally modelled in terracotta and this is one of several marble versions that were produced from it. 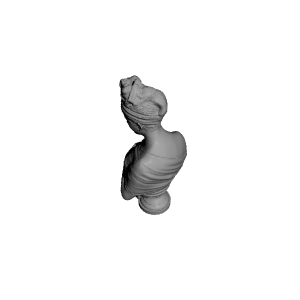 ×
1 collections where you can find Bust of Madame Récamier at The Barber Institute, Birmingham by 3DLirious