3D
Scan The World
3,913 views 174 downloads
1 collection
Community Prints Add your picture
Be the first to share a picture of this printed object
0 comments

Minerva was the Roman goddess associated with healing. Her wisdom is symbolised by the owl carved on the pediment, and the helmet refers to her military powers. The Roman Minerva was the same deity as the Greek goddess Athena. Athena wore the head of the snake-haired gorgon Medusa on her breastplate, so the snake-haired head carved on the pediment should refer to the head of the gorgon. However, the gorgon is depicted as female and here we have a distinctively male face.

Before the Romans arrived in Britain, the hot spring on the site was associated with Sul, a local deity linked to fertility and healing. Sulis Minerva was the combination of the Roman goddess Minerva with Sul. Roman religion was flexible enough to accommodate the worship of native gods and to assimilate those gods into new mixed forms. At Bath the Romans built a classical Roman temple dedicated to a Roman goddess, but adapted to and incorporating elements of local British beliefs. The carving may therefore show a local deity, to balance the very Roman cult statue of Minerva inside, or may transform an attribute of the Roman deity – the gorgon’s head - into a local style.

Here the inscription on the statue SPQR : Senātus Populusque Rōmānus (The Roman Senate and People). 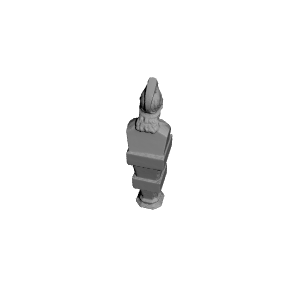