3D
360°
Featured Scan The World
1,659 views 168 downloads
2 collections
Community Prints Add your picture
Be the first to share a picture of this printed object
0 comments

There is some stylistic kinship with the bronze bust of Alfonso II d'Este, it has been attributed to Leone Leoni (1509-90) and Lodovico Lombardi (1507 / 08-75) cf. his signed imperator bust in Vaduz, the Prince of Liechtenstein's collection.

The work is incomplete, while the head must be considered fairly finished from the artist's hand, the bust itself and the associated pedestal are only chopped but not finished, the right shoulder has been broken and repaired. 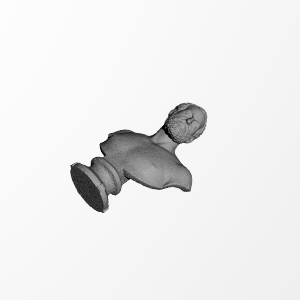