Bust of Professor Lord Zuckerman at The Sainsbury Centre for Visual Arts, Norwich

3D
Scan The World
3,429 views 68 downloads
Community Prints Add your picture
Be the first to share a picture of this printed object
0 comments

Bust of Professor Lord Zuckerman at The Sainsbury Centre for Visual Arts, Norwich

Solly Zuckerman, Baron Zuckerman, OM, KCB, FRS (30 May 1904 – 1 April 1993) was a British public servant, zoologist and operational research pioneer. He is best remembered as a scientific advisor to the Allies on bombing strategy in World War II, for his work to advance the cause of nuclear non-proliferation, and for his role in bringing attention to global economic issues. It was sculpted in 1979 by Elizabeth Frink, commissioned by the Zoological Society of London. 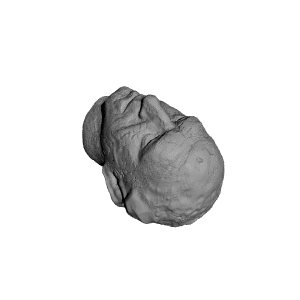 ×
0 collections where you can find Bust of Professor Lord Zuckerman at The Sainsbury Centre for Visual Arts, Norwich by Scan The World