3D
Scan The World
2,176 views 246 downloads
Community Prints Add your picture
Be the first to share a picture of this printed object
2 comments

The youthful Queen Victoria is shown here as an idealized figure, in contrast with other, more lifelike portraits of her. She is dressed in a version of classical robes and wears a wreath of roses in place of the laurel wreath of a Roman hero or emperor.

Queen Victoria is associated with Britain's great age of industrial expansion, economic progress, and predominantly, empire. At her death, it was said that Britain had a worldwide empire on which the sun never set.

In the early part of her reign, she was influenced by two men: her first Prime Minister, Lord Melbourne, and then her husband, Prince Albert, whom she married in 1840. Both men taught her much about how to be a ruler in a 'constitutional monarchy' in which the monarch had very few powers but could use much influence. 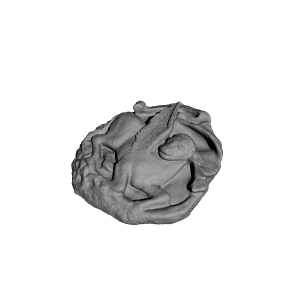