3D
Scan The World
1,691 views 61 downloads
Community Prints Add your picture
Be the first to share a picture of this printed object
0 comments

This is a bust of Rosalie Schodel who was a singer born at Klausenburg in 1811 and died about the year 1850. A native of Klein, she received the first musical lessons from a Herr Schodel, whom she later married, at the age of only 14, and moved with him to Bratislava. In a concert, organized by Violoncellist J. Wagner, who later became an artist and musician in Pesth, Rosalie appeared publicly for the first time. From Prussburg she went to Vienna for further education and made so profound progress in the Conservatory, whose pupil she became, that she soon received an engagement at the Kärnthnerthor Theater. But soon she left the same and went to Germany where she sang on several stages, and later to Paris and London, where she sang with applause everywhere. She came to Pesth in 1836, and gave several guest performances in the German theater, but these were interrupted by theater intrigues, whereupon she left Pesth, and retreated to her father's town, where she sat down at home. But on the urgent pleas of the Pesther Nationaltheater, she gave up her intention and became a member of the Hungarian society in Pesth, to whose heroes she soon belonged. Until the year 1842, she remained with the art institute, which, through its many years of activity, contributed considerably to the Hungarian opera, so that in the annals of the Hungarian opera its name would maintain a permanent position. The characteristic feature of her artistry was the fusion of the merits of Hungarian nature with those of German art and German art education. With an imposing external appearance, she combined an expressive physiognomy, a pithy, sweet voice. A critic called her voice, which was intended for powerful characters, aptly an "Eumenides-organ" -high passion of sensation and a powerful imagination. Properties which they particularly suited for the representation of heroic characters. Light, graceful roles were not part of their subject. From their repertoire, the following are to be mentioned: Fidelio, Norma, Romeo, Macbeth, Lucretia Borgia, and the role of the national opera Elisabeth Szilágyi in Erkel's "Hunyadi Laßló". When she sang Norma in 1840 at the time of the Landtag of Prussia, she was a member of the Prussian Landtag Youth in acknowledgment of her artistic achievement, and in reference to her masterpiece as a "Norma" a silver, heavily gilded, decorated with 209 mostly Hungarian stones, Was purchased by the son of the deceased in 1860 and handed over to the Pest National Museum. 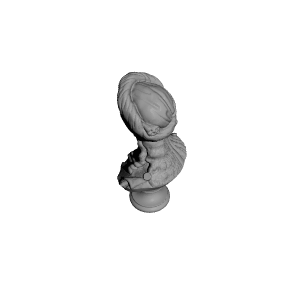