3D
Scan The World
2,385 views 96 downloads
Community Prints Add your picture
Be the first to share a picture of this printed object
0 comments

Sir Walter Scott, 1st Baronet, FRSE (15 August 1771 – 21 September 1832) was a Scottish historical novelist, playwright and poet. Many of his works remain classics of both English-language literature and of Scottish literature. Famous titles include Ivanhoe, Rob Roy, Old Mortality, The Lady of the Lake, Waverley, The Heart of Midlothian and The Bride of Lammermoor.

Although primarily remembered for his extensive literary works and his political engagement, Scott was an advocate, judge and legal administrator by profession, and throughout his career combined his writing and editing work with his daily occupation as Clerk of Session and Sheriff-Depute of Selkirkshire.

A prominent member of the Tory establishment in Edinburgh, Scott was an active member of the Highland Society and served a long term as President of the Royal Society of Edinburgh (1820–32). 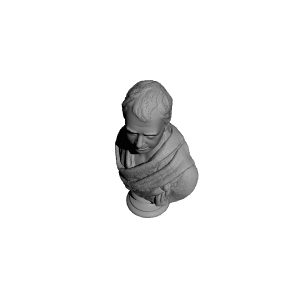