3D
Scan The World
2,427 views 143 downloads
1 collection
Community Prints Add your picture
Be the first to share a picture of this printed object
0 comments

Antoninus Pius was a Roman Emperor, one of the Five Good Emperors.

During the Roman empire, the imperial family almost monopolized official statuary. These sculptures were used as propaganda tools to support the legitimacy of the emperor's powers.

Official portrait types were probably created in the capital city of Rome and distributed to the provinces to serve as prototypes for local workshops, which could adapt them to conform to local iconographic traditions, thus having more meaningful local appeal. 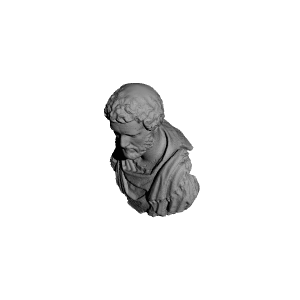