You can find the full version of this sculpture, also created by Powers, here!

No real issues with this one, just support as required. 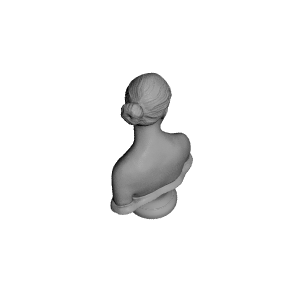 ×
4 collections where you can find Bust of The Greek Slave at The Amon Carter Museum in Fort Worth, Texas by 3DLirious
×
Kutluhan
@Kutluhan
1
Printed on: Kossel Mini
Material: PLA
Posted at: 17th April 2017
Loading comments...