This bust of the iconic Venus de Milo was transferred from the Royal Cork Institution ca. 1849. The plaster cast was formed by Brucciani who was responsible for some of the most important plaster copies in the 19th Century, including: the Portico de la Gloria, the Cast Courts of the South Kensington Museum (V&A), and the 12th-century facade of the cathedral at Santiago de Compostela, Spain. 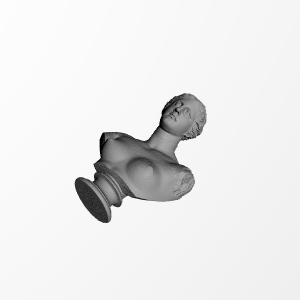 ×
34 collections where you can find Bust of Venus de Milo by CrawfordArtGallery
×
Maestro Craft
@Maestro Craft
1
Printed on: Creality Ender 3
Material: PLA
Posted at: 24th May 2022