3D
Scan The World
2,036 views 76 downloads
1 collection
Community Prints Add your picture
Be the first to share a picture of this printed object
0 comments

In 330 A.D., the first Christian ruler of the Roman empire, Constantine the Great, transferred the ancient imperial capital from Rome to the city of Byzantion located on the easternmost territory of the European continent, at a major intersection of east-west trade. The emperor renamed this ancient port city Constantinople (“the city of Constantine”) in his own honor; it was also called the “New Rome,” owing to the city’s new status as political capital of the Roman empire. The Christian, ultimately Greek-speaking state ruled from that city would come to be called Byzantium by modern historians, although the empire’s medieval citizens described themselves as “Rhomaioi,” Romans, and considered themselves the inheritors of the ancient Roman empire. 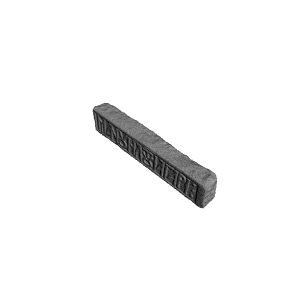