3D
Featured Scan The World
1,468 views 155 downloads
1 collection
Community Prints Add your picture
Be the first to share a picture of this printed object
0 comments

This portrait is believed to be of the French painter Taraval, who had been hired for the palace works in 1732. Not long after his arrival, Taraval was running the school of draughtsmanship that would become the Swedish Royal Academy of Fine Arts. The bust is by his countryman Jacques-Philippe Bouchardon, brother of the noted sculptor Edme Bourchardon. 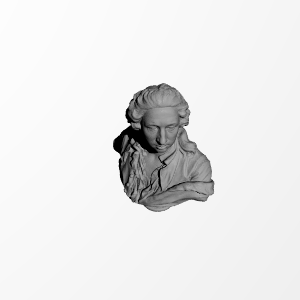