3D
Scan The World
2,820 views 82 downloads
Community Prints Add your picture
Be the first to share a picture of this printed object
0 comments

Camillo Paolo Filippo Giulio Benso, Count of Cavour, of Isolabella and of Leri (August 10, 1810 – June 6, 1861), generally known as Cavour (Italian: [kaˈvur]) was an Italian statesman and a leading figure in the movement toward Italian unification. He was the founder of the original Liberal Party and Prime Minister of the Kingdom of Piedmont-Sardinia, a position he maintained (except for a six-month resignation) throughout the Second Italian War of Independence andGaribaldi's campaigns to unite Italy. After the declaration of a united Kingdom of Italy, Cavour took office as the first Prime Minister of Italy; he died after only three months in office, and thus did not live to see Venetia or Rome added to the new Italian nation.

Cavour put forth several economic reforms in his native region of Piedmont in his earlier years, and founded the political newspaper Il Risorgimento. After being elected to the Chamber of Deputies, he quickly rose in rank through the Piedmontese government, coming to dominate the Chamber of Deputies through a union of left-center and right-center politicians. After a large rail system expansion program, Cavour became prime minister in 1852. As prime minister, Cavour successfully negotiated Piedmont's way through the Crimean War, the Second Italian War of Independence, and Garibaldi's expeditions, managing to maneuver Piedmont diplomatically to become a new great power in Europe, controlling a nearly united Italy that was five times as large as Piedmont had been before he came to power.

Easy to print with some support. 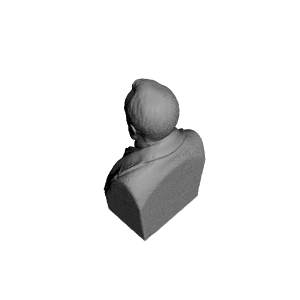 ×
0 collections where you can find Camillo Benso at The Borghese Garden, Italy by Scan The World