3D
Scan The World
1,679 views 68 downloads
Community Prints Add your picture
Be the first to share a picture of this printed object
0 comments

Abel pleads for his life as Cain's anger mounts over God's rejection of his offering. Furiously jealous of Abel's success, Cain murdered his brother. This reproduces one of the 15 reliefs based on Old Testament stories made by Jacopo della Quercia for the doors of the Basilica of San Petronio, Bologna. Della Quercia's powerful nude figures inspired later Renaissance artists such as Michelangelo. 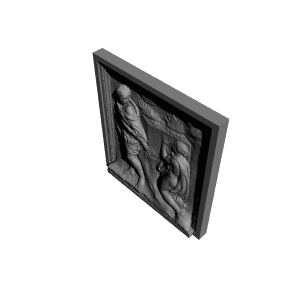