3D
3,796 views 157 downloads
Community Prints Add your picture
Be the first to share a picture of this printed object
0 comments

In Greek mythology, Calliope is the muse who presides over eloquence and epic poetry; so called from the ecstatic harmony of her voice. She is spoken of by Ovid as the "Chief of all Muses."

One account says Calliope, the best of them all, was the lover of the war god Ares, and bore him several sons: Mygdon, Edonus, Biston, andOdomantus (or Odomas), respectively the founders of Thracian tribes known as the Mygdones, Edones, Bistones, and Odomantes.

Calliope also had two famous sons, Orpheus and Linus, by either Apolloor the king Oeagrus of Thrace. She taught Orpheus verses for singing. According to Hesiod, she was also the wisest of the Muses, as well as the most assertive. Calliope married Oeagrus close to Pimpleia, Olympus. She is said to have defeated the daughters of Pierus, king of Thessaly, in a singing match, and then, to punish their presumption, turned them into magpies. 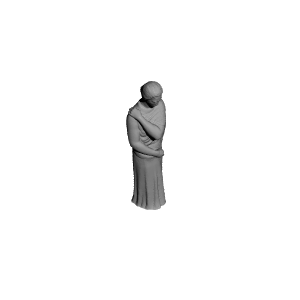 ×
0 collections where you can find Caliope by apllana