3D
360°
Scan The World
2,532 views 239 downloads
4 collections
Community Prints Add your picture
Be the first to share a picture of this printed object
0 comments

Canopic jars held the internal organs from the mummified body, and came in sets of four. This jar lid was one of three excavated in the Valley of the Kings in 1902 by Egyptologist Howard Carter—who later discovered Tutankhamun’s tomb—and millionaire businessman Theodore M. Davis. In 2006, archaeologists discovered fragments of the fourth jar in a nearby tomb (KV 27). The jar itself (on view up on the second floor) is inscribed for “Userhat, Overseer of the fields of Amun.” 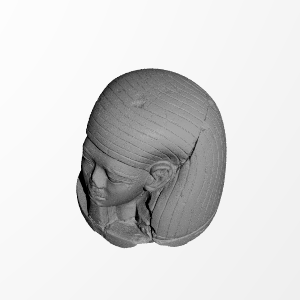