3D
Scan The World
2,025 views 111 downloads
Community Prints Add your picture
Be the first to share a picture of this printed object
0 comments

On the day of the Pentecost, fifty days after Easter as foretold by Jesus on the day of his Ascension, the twelve apostles gather together to receive the Holy Spirit in the form of tongues of fire that here touch the top of their heads. They thereby receive the gift of tongues, allowing them to go out and evangelise the world. The birth of the Christian Church is celebrated on the day of Pentecost, a collective celebration of the apostles. 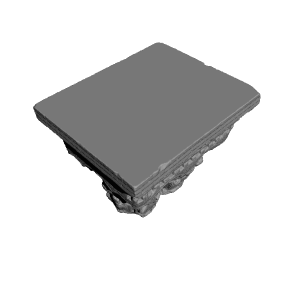