3D
Support Free Scan The World
4,427 views 426 downloads
1 collection
Community Prints Add your picture
Be the first to share a picture of this printed object
0 comments

This bas-relief depicts The Capitoline Wolf, a bronze sculpture of a she-wolf suckling twin human infants, inspired by the legend of the founding of Rome and available to download on Scan the World here.

According to the legend, when Numitor, grandfather of the twins Romulus and Remus, was overthrown by his brother Amulius, the usurper ordered the twins to be cast into the Tiber River. They were rescued by a she-wolf who cared for them until a herdsman, Faustulus, found and raised them. The Capitoline Wolf has been housed since 1471 in the Palazzo dei Conservatori on the Campidoglio (the ancient Capitoline Hill), Rome, Italy. In 1921 the Italian state made a gift to Romania of five copies of the sculpture.

This relief in Deva, Romania, is a decorative addition to a sculpture depicting Decabalus (also on Scan the World) and serves as one of the many Roman-inspired artworks that features in the country.

It is easy and support free model. Enjoy your print. 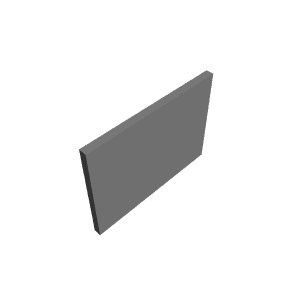 ×
1 collections where you can find Capitoline Wolf Bas-Relief in Deva, Romania by apllana