3D
Scan The World
1,877 views 120 downloads
2 collections
Community Prints Add your picture
Be the first to share a picture of this printed object
0 comments

The Roman emperor Caracalla ruled from 211 to 217 Ad. He is known for his short beard, facial features and scowling expression. The breastplate shows the terrifying Gorgon, Medusa, in the centre. This image was believed to protect the Emperor. The bust may have once been owned by Cardinal Fesch, an uncle of Napoleon. 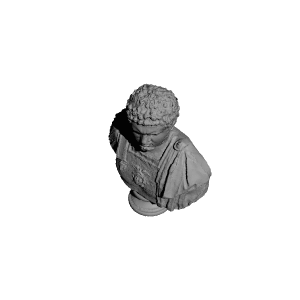 ×
2 collections where you can find Caracalla by Scan The World